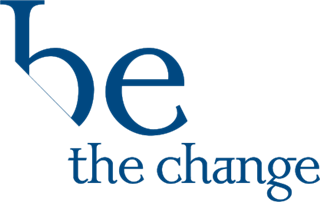 Originally built as a Rosenwald funded colored school in the mid-1920s. Rosenwald was a wealthy Jewish businessman who saw how important it was for all children to receive an education. In the 1920s, the only education children of color were receiving was from their home or makeshift schoolrooms with untrained teachers. Rosenwald funded over 5300 schools for the “colored” communities throughout the US, and later became the president of Sears, Roebuck & Co.

The deed for the property was signed on January 2, 1926. “Said property to be used for school purposes for negro race.” (Landmark has a digital copy of this deed). Campbell County deeded the Property to City of Fairburn for $1. Trustees of the Fairburn School District were in charge of the property.

The school was an independent school in Campbell County and housed 4 teachers and just a few black students representing all grade levels. In 1932, Campbell County and Milton County were bankrupt due largely to the Great Depression and merged with Fulton County Government. The school systems were merged as well. At the time of the merger, Fairburn Colored School had 4 teachers and 125 students and it is likely that they were still using the original Rosenwald funded structure. That property was valued at $3000.

The Topographical Plan of the Fairburn Negro School for the Fulton County Board of Education is dated 2.13.1947. The new building was erected shortly after. (Landmark has this original document). In the Fall of 1948, two other small one-room “colored” schools were merged with Fairburn Negro School (11 students from Campbellton Colored School and 32 students from Pleasant Hill Colored School). With the merger, that brought the total to 162 students taught by 8 teachers (7 women for elementary and 1 man for high school).

Because of the growth, a new concrete block building was built on this site in 1948 and another similar building in Palmetto for the Palmetto Colored School. Total cost for both: $175,564. (This data is from minutes from the Fulton County Board of Education meeting on March 30, 1948. A digital copy is held by Landmark).

The building continued to progress as a ”colored” elementary and a “colored” high school on the same site with obvious improvements and additions into the 1960s. The original address was Pine Street but later changed to Milo Fisher, named after the first African American bus driver for South Fulton County. Before desegregation, it was typical that each town had two schools, one for white children and one for “colored” or “negro” children. In 1970, Fulton County was “urged” by the Department of Health, Education, and Welfare to desegregate immediately, which they did.

In the early 1970s, high school students from Fairburn Colored School merged with all-white Campbell High School and the Fairburn Colored School elementary students stayed where they were where other white children in their district joined them in the newly named Fairburn Elementary School. Fairburn Elementary School remained a desegregated elementary school until they were closed in May of 1991 due to a massive Fulton County Schools consolidation campaign. The building briefly served as a senior center for the citizens of Fairburn.

Landmark Christian School moved into its current location, the old Campbell High School building in the spring of 1991, which had also been closed because of consolidation, and in 2007 purchased the vacant Fairburn Elementary School from Fulton County for $295,000.

On May 6, 2019, Landmark began the transformation of the buildings that once were used to divide us by formally beginning a $10,000,000 renovation and construction of one of the most innovative and unifying educational centers in the state and nation. Attracting students of all backgrounds and interests, the property will house the Landmark Aviation Academy, including a flight simulator that currently only a handful of other high schools in the nation offer. Other unique offerings by Landmark Christian School include the Film Academy, Leadership Academy, Engineering Academy, Dance Academy, Fashion and Design Academy, Business and Entrepreneurship, and Music Academy. These innovative Academies provide numerous opportunities for students to determine their interests and develop their passions. Landmark Christian School is ranked as one of the best private schools in the state of Georgia with the goal of becoming one of the most innovative schools in the nation.
Transforming South Fulton Community

Every student prepared to impact the world for Jesus Christ