3/26/2021
A Landmark family testifies to the value of a Landmark Education
Mr. Clay Adams was an Assistant Middle School Swim Coach at Landmark for six years. His wife, Mrs. Liz Adams, is a receptionist and teaching assistant at the Peachtree City Landmark Campus.
Clay and Liz have two daughters that graduated from Landmark; Carolyn, ‘18, and Clara, ‘20.

Carolyn was valedictorian of her graduating class and received a Presidential Scholarship to the University of Alabama. The culmination of scholarship amount was $112,000, spread out over four years. Admitted into the Honors College at UA, she is also a member of Alpha Chi Omega sorority.  She will finish college in three years with two degrees - a BA in Political Science and a BA in International Studies with a minor in Spanish and History and a certificate in Global Studies.
Carolyn Adams ‘18 Carolyn has been published in The Capstone Journal of Law and Public Policy. Using her minor in Spanish, she tutors ESL (English as a second language) students at local schools in Tuscaloosa. Prior to this, she did a weekly outreach/Bible study to 6th-grade girls who were children of immigrants from Guatemala.
This fall she will attend law school and has applied to several schools including the University of Texas, Georgetown University, University of Georgia, University of North Carolina, and the University of Alabama. Although she won’t have all of the decisions back until mid to late March, Carolyn has received acceptance to the University of Alabama School of Law and has been offered a full-tuition scholarship with a $3,000 per year additional stipend. Alabama School of Law is currently ranked the 25th best law school in the country. Carolyn anticipates focusing on International Law with the goal of working for the federal government, likely with the State Department utilizing her skills in speaking Spanish.
Outside of university, Carolyn has been taking private lessons in Portuguese in hope of becoming fluent; additionally, she has worked part-time all through college. Mr. Adams shares, “Carolyn’s undergraduate degrees have cost us about $6,000, total. Scholarship covered virtually all of her tuition. She’s maintained a 4.0 GPA and is expected to graduate summa cum laude in both majors.” 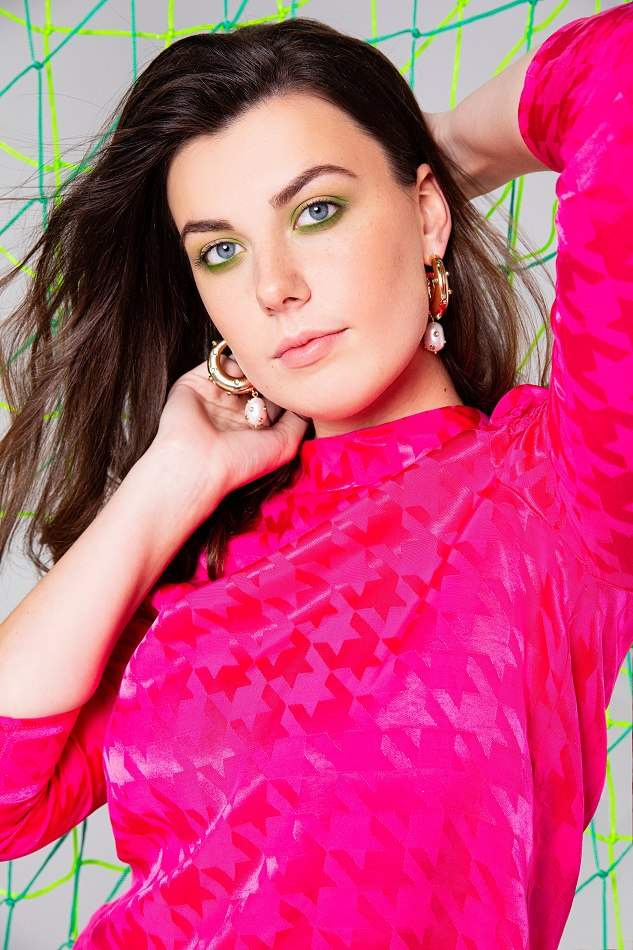 Clara Adams ‘20
Clara is a 2020 graduate of Landmark. She is finishing her freshman year at Flagler College in St. Augustine, Florida. She received the Presidential Merit and Flagler Hope Scholarships. Mr. Adams shares, “She absolutely loves Flagler. It’s a smaller school and is a great fit for her.” Clara has really blossomed and thrived both academically and personally at Flagler. She is majoring in Marketing and Media Studies. Clara is a gifted artist and photographer. She is also working while attending college: she is a model for the Ursula Weidmann Modeling Agency in Atlanta, and she also works part-time for a local boutique in Vilano Beach. Photo courtesy of Ursula Weidmann Modeling Agency.
Both sisters share a dedicated work ethic and the ability to show diligence in their academic studies while balancing their personal pursuits. We are proud of their successes as they have transitioned to university! Soar, War Eagles! Soar!
Back
Every student prepared to impact the world for Jesus Christ