5/10/2021
I N   P R O C E S S: A new series on Art in Schools and Creative Learning with Landmark Resident Artist, Scott Palmer
The campus of Landmark Christian School is changing colors before our eyes. Spaces that were once primarily beige and stifling are in the process of being radically transformed into places where endless possibility exists.
Changing Color
Landmark Christian School buildings are being developed much like the way the students are, from the inside out, into works artfully prepared to impact the world for Jesus Christ. There are no limits to what God can do in and through every individual. In no place is this more evident than through the gifts and talents of Resident Artist Mr. Scott Palmer. Creating alongside students, in collaboration with Dr. Jason McMaster, Head of School, and Fine Arts Director, Mr. Don Johnson, Scott has been empowered to bring his talent as a creator, constantly creating into the everyday lives of Landmark students. This immersion into art awakens children of all ages to the endless possibilities of God.

Empowered by Visionary Leadership
Scott first began at Landmark Christian School nine years ago. He signed a two-week contract with the Maintenance Department to touch up the eagles along the stadium wall. Scott’s talent was unleashed when Dr. Jason Mcmaster encouraged him to create and transform spaces using his artistic talent.
Both subtle and direct, the work of Mr. Palmer is everywhere. From athletic fields, to the gym, to the music room, 8th grade hallway, stairwells, library, science to the academies, our makerspace engineering labs, aviation and film-- there are many spaces at Landmark Christian School enlivened by his imaginative work.
His dimensional museum-quality art provides the setting for students to pass through and, at once, be immersed in. Being surrounded by art awakens students to endless possibilities, wonder, curiosity, and questions. When entering Scott’s transformed spaces at Landmark, the first utterance is "wow" – the first question is, "Who did this!?" followed by, "How did he do it!?"
Practical Application Observed
The impact manifests and reveals itself in numerous and multi-layered ways.
High School Art teacher Mrs. Sheila Gilkeson describes Scott as an art historian, collector, consultant, teacher, designer and mentor. She says, "and that's just in the classroom. He has worked in facilities with all types of paint, on all types of surfaces. He is a gift. We are blessed to have him."
Striving for the New
While space at Landmark is being transformed, Dr. McMaster shares, “Nearly every system of education on earth is in the process of being reformed. The access to real-time digital information on any topic at the fingertips of our children forces educational leaders to think well about how to best prepare students. While there are timeless skills and foundational knowledge they will always need, we need students now who are creative, collaborative, culturally competent problem-solvers who can persevere through challenges. In addition, educators must also consider where technology and industry are heading and not where they currently are or have been. This path can unintentionally result in tighter restrictions, a greater emphasis on assessment, or less opportunity for discovery. Even those schools who are trying to innovate can become outdated quickly if they slow this pursuit and then conform to the culture of standardization, fearfully eschewing nearly all efforts at creative adaptation to the student’s specific needs and talents.” 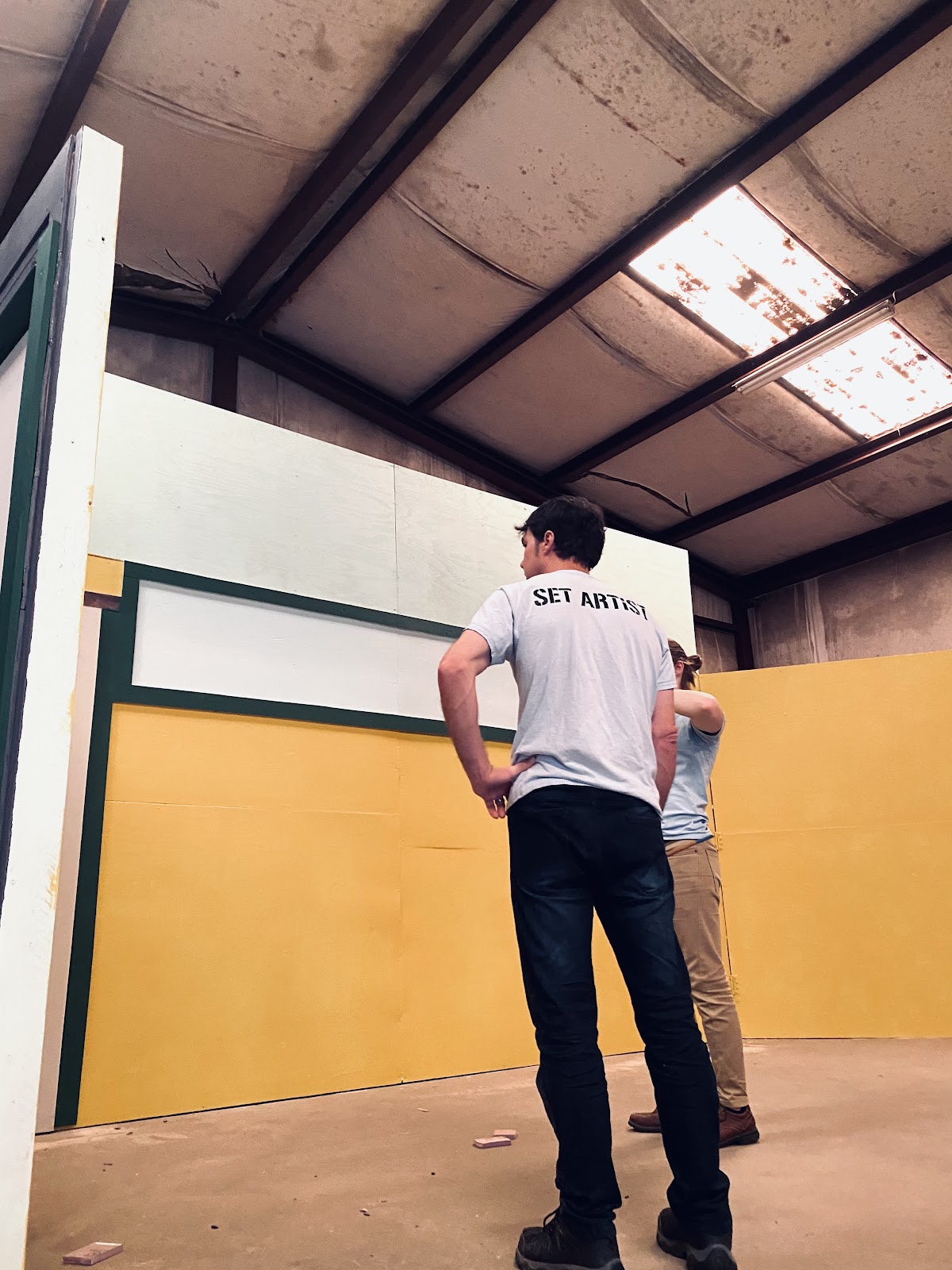 Out of the Box
Dr. McMaster shares, “Given the challenges we face in preparing children to impact the world in a constantly changing world, the way to ensure success is to increasingly strive to personalize education. This requires innovative ways to build achievement in discovering each child's individual talents and by investing in environments where children want to learn and where they can naturally discover their true passions.”
Art invigorates children's imaginations, providing that environment where children want to learn, and promotes a strong sense of collaboration, self-esteem, and well-being in classrooms and schools, a place to naturally discover their true passions.
Learning from Leonardo 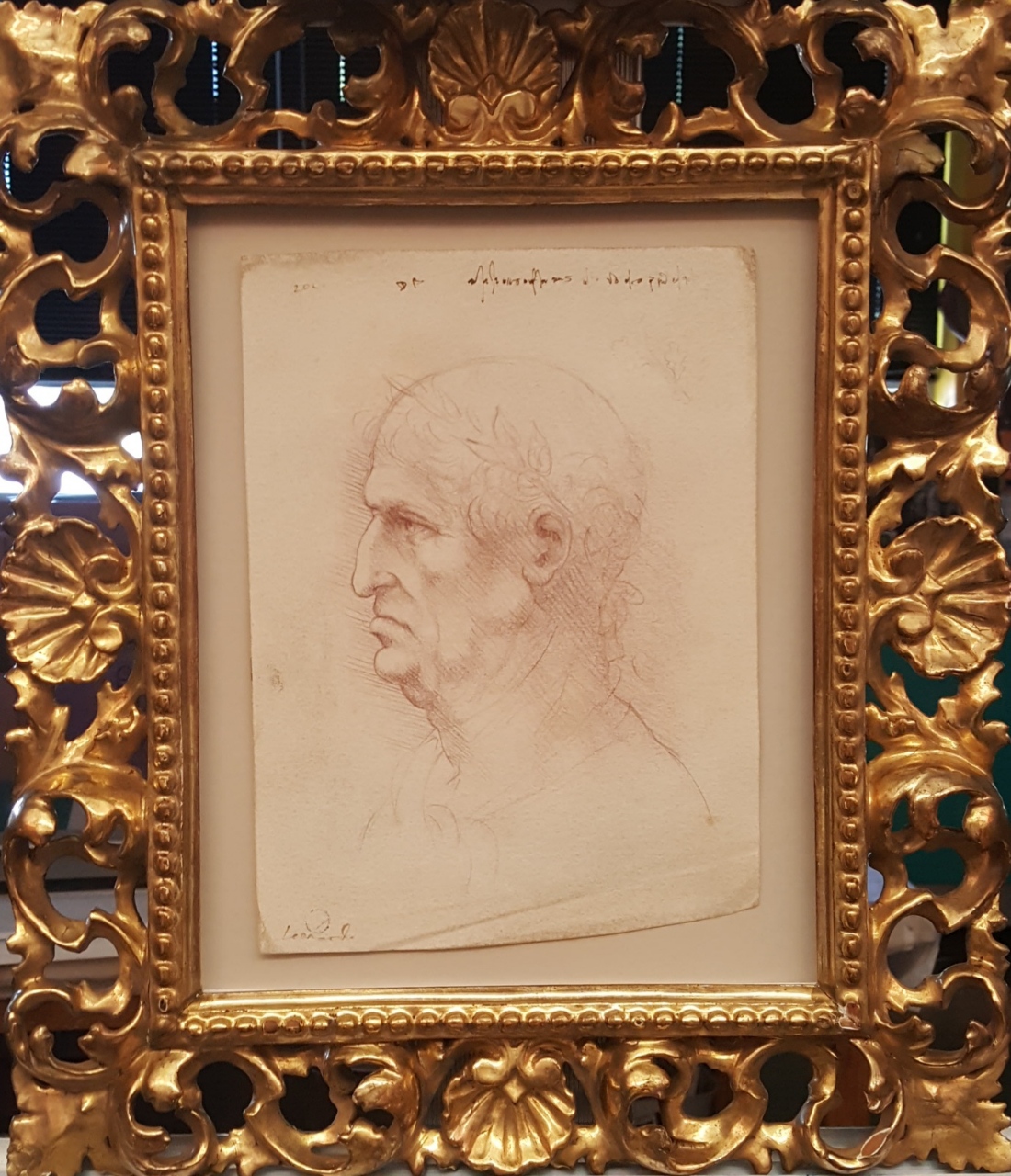 Despite numerous opportunities for more lucrative, high-commission work, Scott remains at Landmark by choice. Landmark Christian School aligns with his belief in the power of art to transform a child's life - and awaken them to possibility. A father of two boys, his oldest son is in K4 on the Fairburn campus. Scott is committed to art in education--bringing museum-quality works of art into the classrooms. As a child, he hated school – the feeling of being boxed-in and confined by the monolithic cinder brick walls. Growing up in a military family, Scott has lived all over the world. He lived near Paris, France, at the age of nine. His life was changed the day his class took a trip to The Louvre and Centre Pompidou (The Musée d'Orsay). That was the day he saw Vincent Van Gogh's Starry Night and Edgar Degas' Little Dancer sculpture in bronze. Nothing was keeping either from being touched, so he did. Scott shares, “Touching those two pieces of art felt like the beginning to me. The art I saw that day has influenced me every day since.” That was also the day he was first struck by Leonardo Da Vinci's Mona Lisa--of which he has devoted thirty-eight years of rigorous study, application and collection.
Scott, like his art, is multi-dimensional and invites us back to look again, maintain an open mind, and question what we think we know.

Striving for Excellence
The environment in which children spend their days learning matters. Some might say it matters just as much as what they are learning. The setting is the atmosphere that holds students in the learning process. Intelligence is multi-faceted and varied, but one universal is that every person is inspired by beauty. Art plays as important a role in students being prepared to impact the world as teachers, curriculum, pedagogy, assessment, and application do.
Applied Application
Landmark Christian School provides educational experiences that unlock and develop the God-given and often hidden talents of every student. God is the ultimate creator of all the beautiful things that exist in this world. Even things built by human hands were done so with talents bestowed upon the individuals by God to develop and share with the world and manifest the glory of God that is within us. Art sets that process in motion.
Scott is currently beginning work on his 17th transformed space at Landmark Christian School. He has begun reimagining possibilities for the Fine Arts Hall.
The photos below are a series of before and after shots of places on campus where Scott’s work has transformed the learning environment.
---
End of 8th Grade Hallway: Before / After 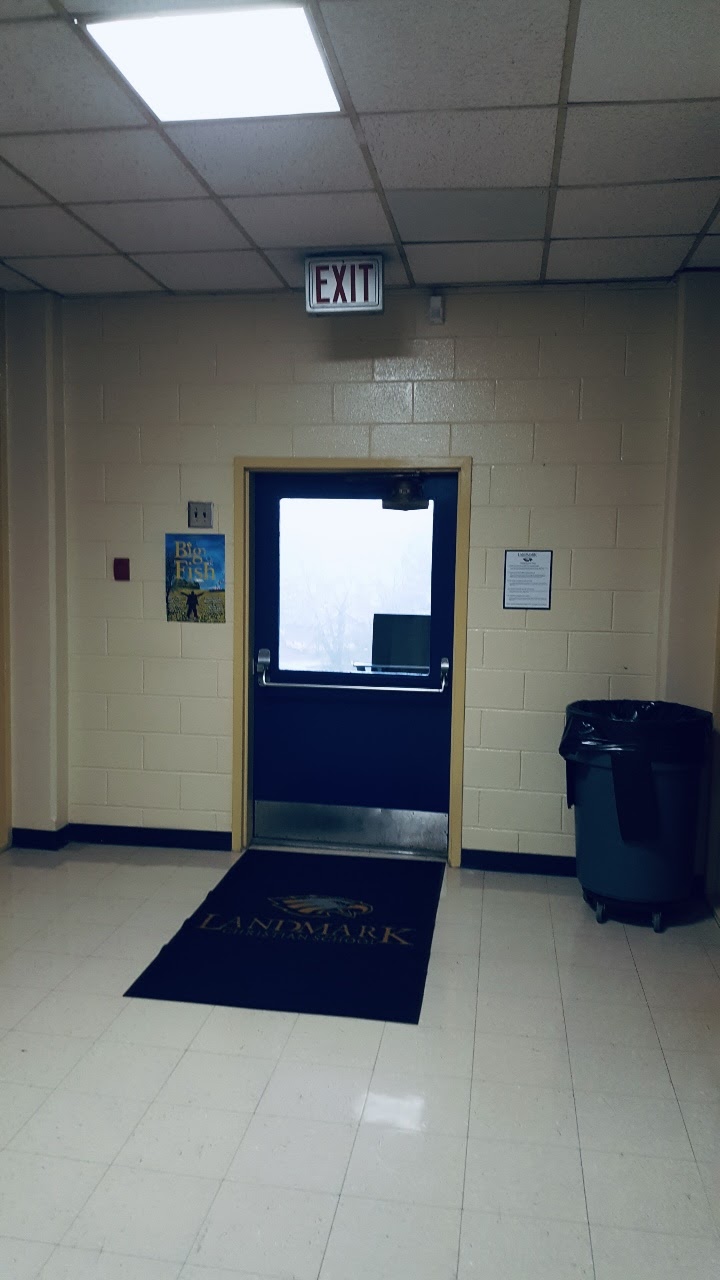 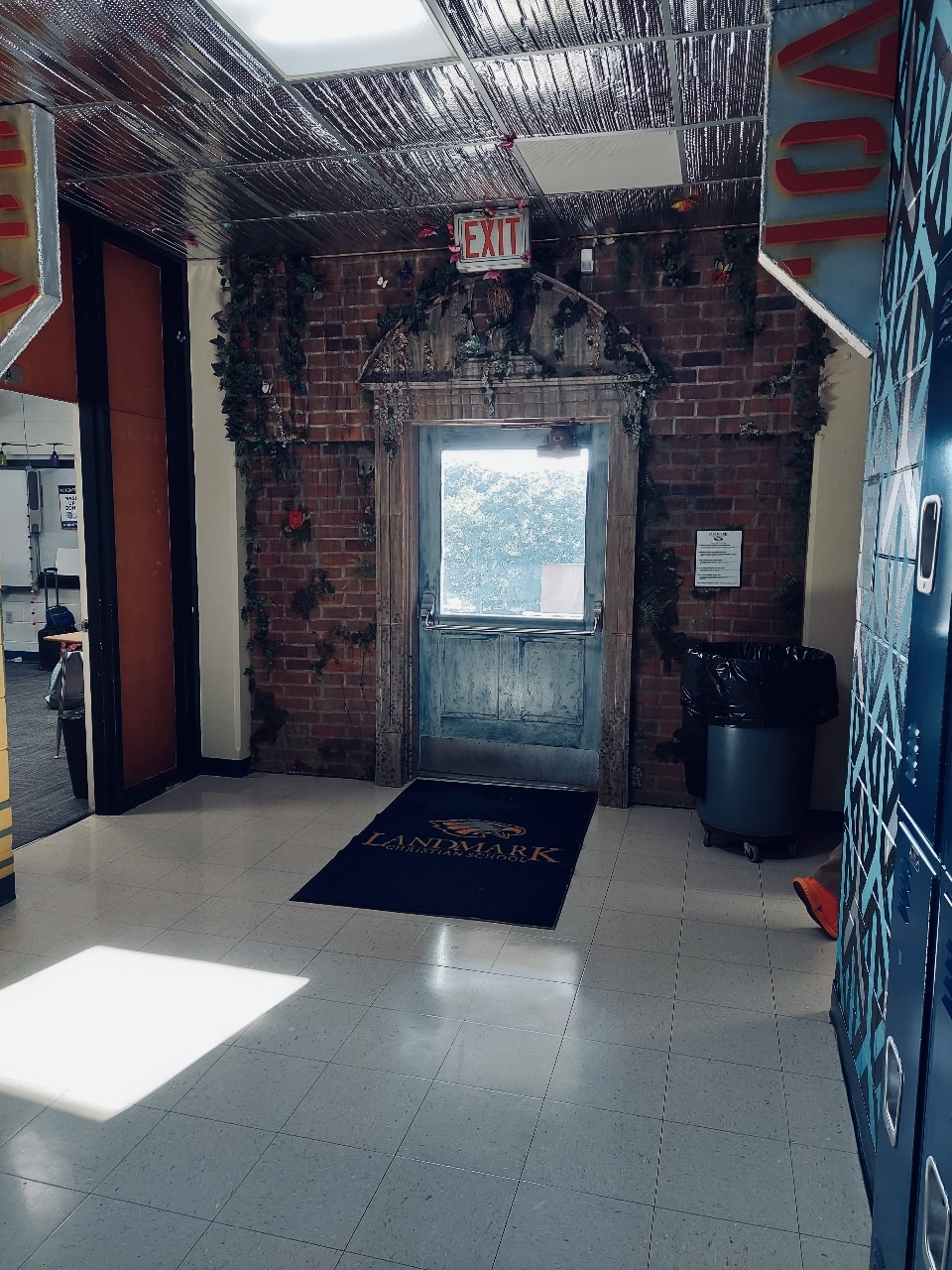 Fine Arts Stairwell Before / After 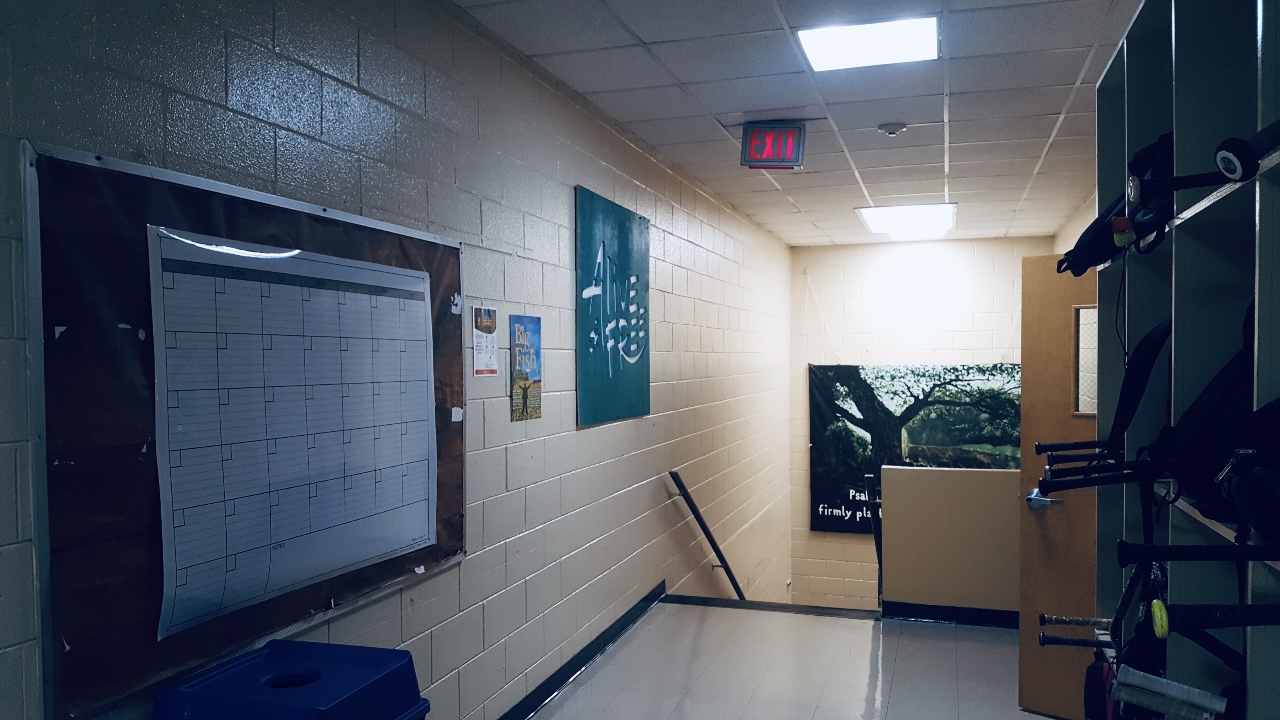 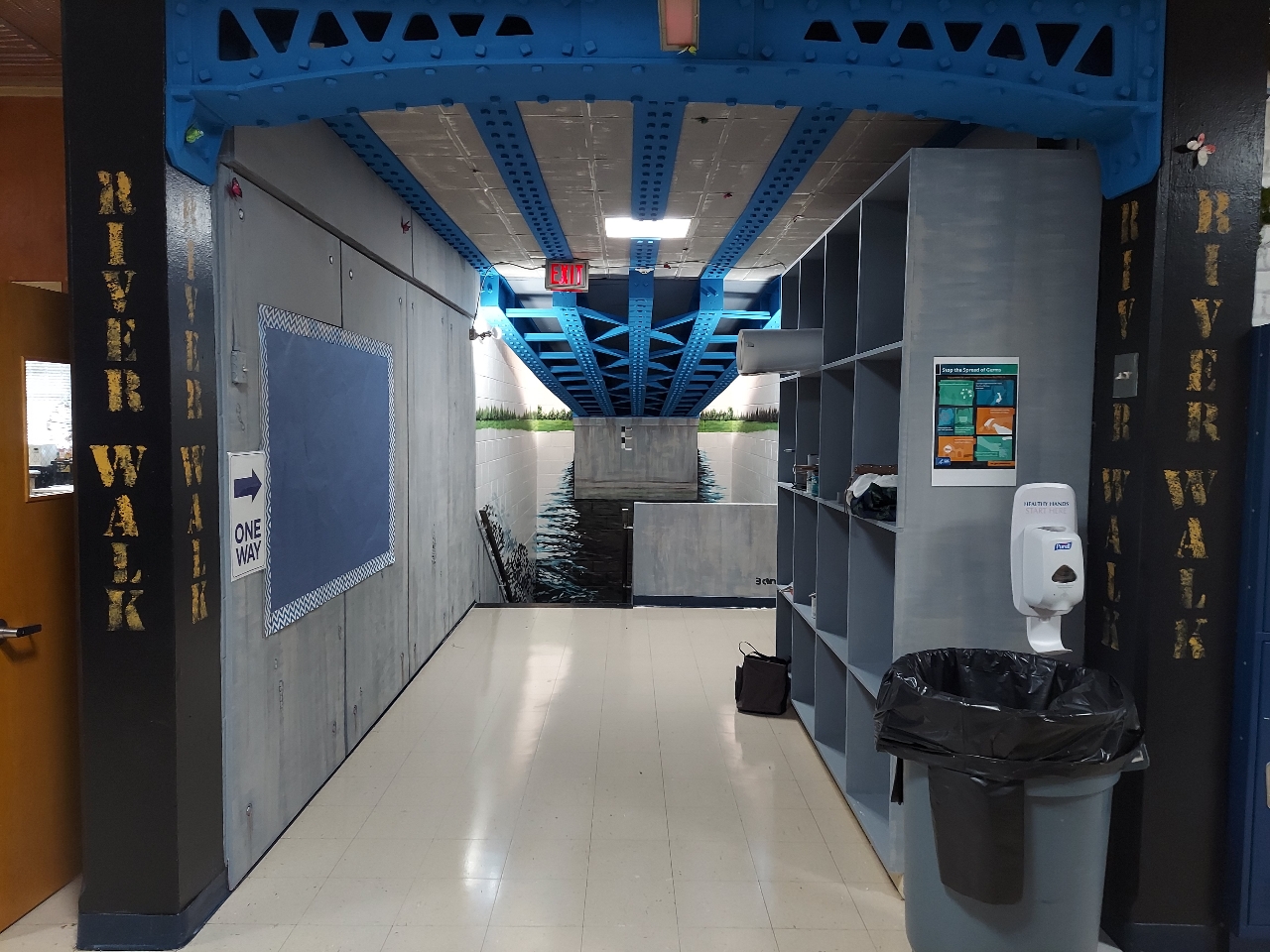 Fashion Academy: Before / After 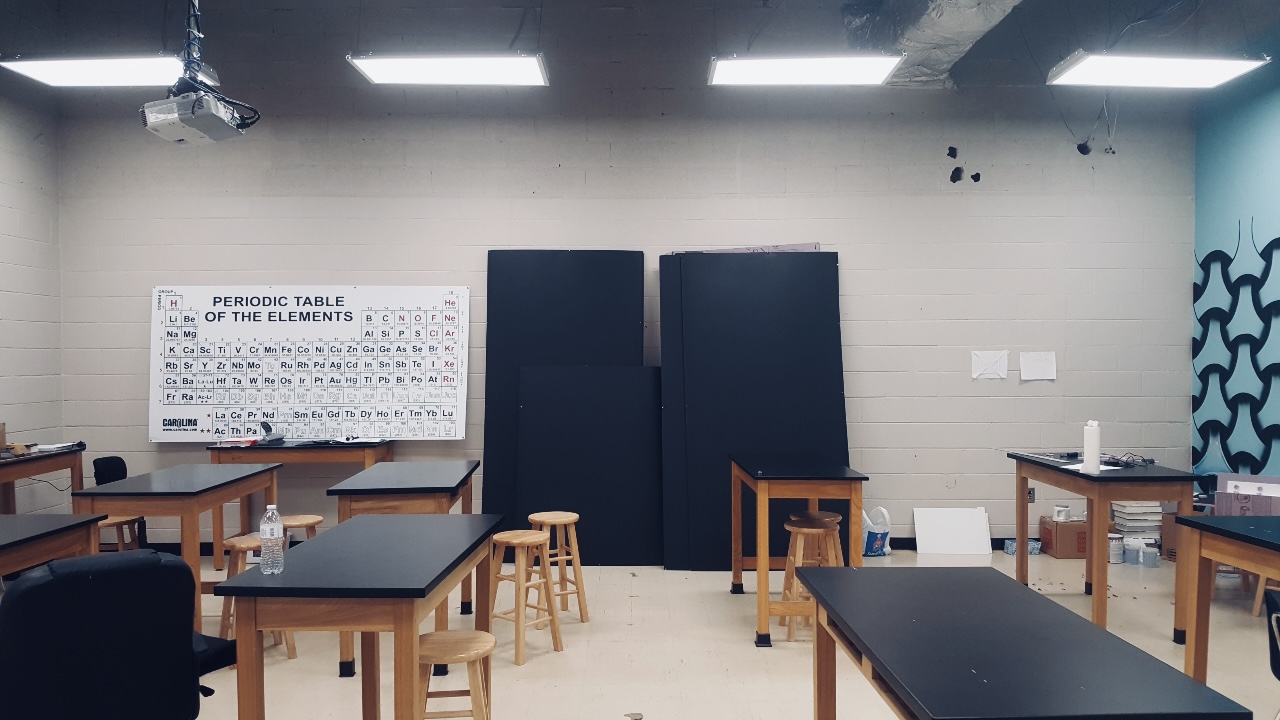 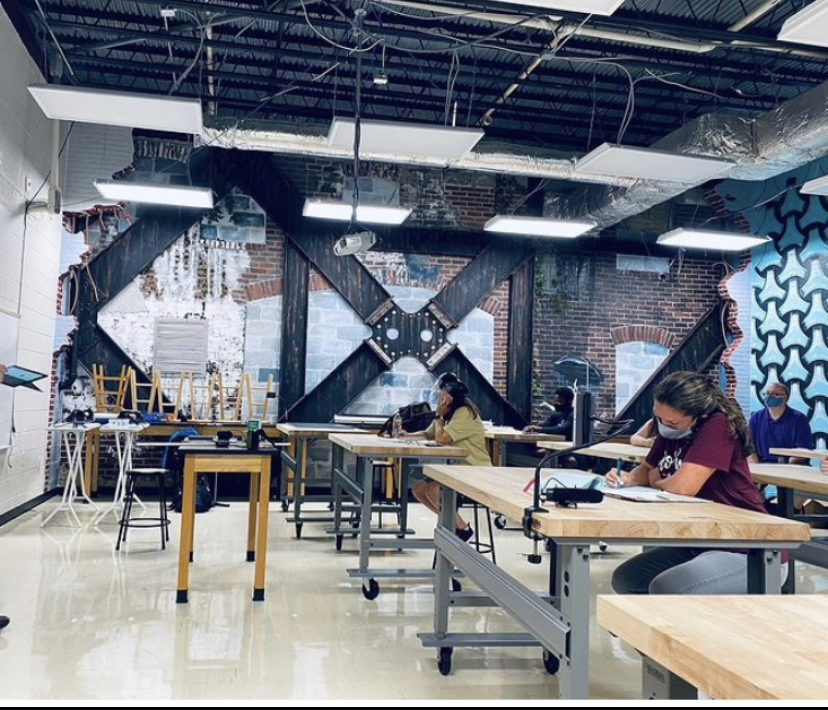 Music Academy: Before / After 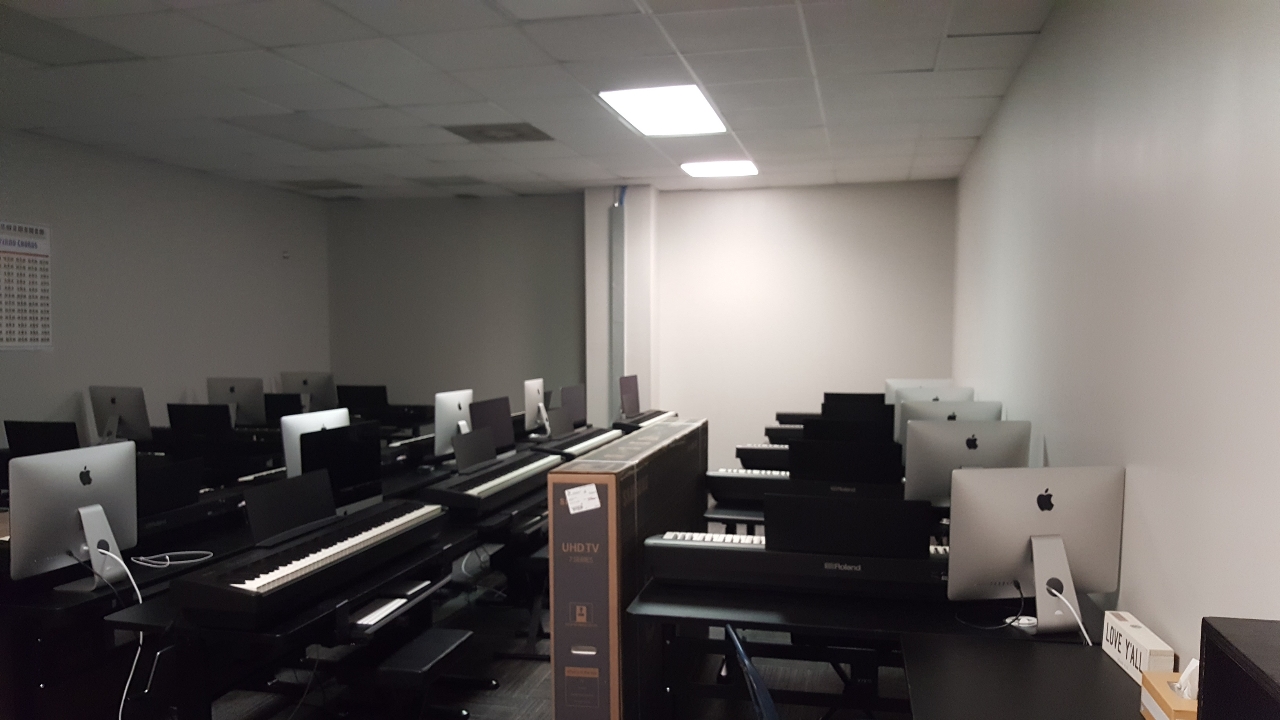 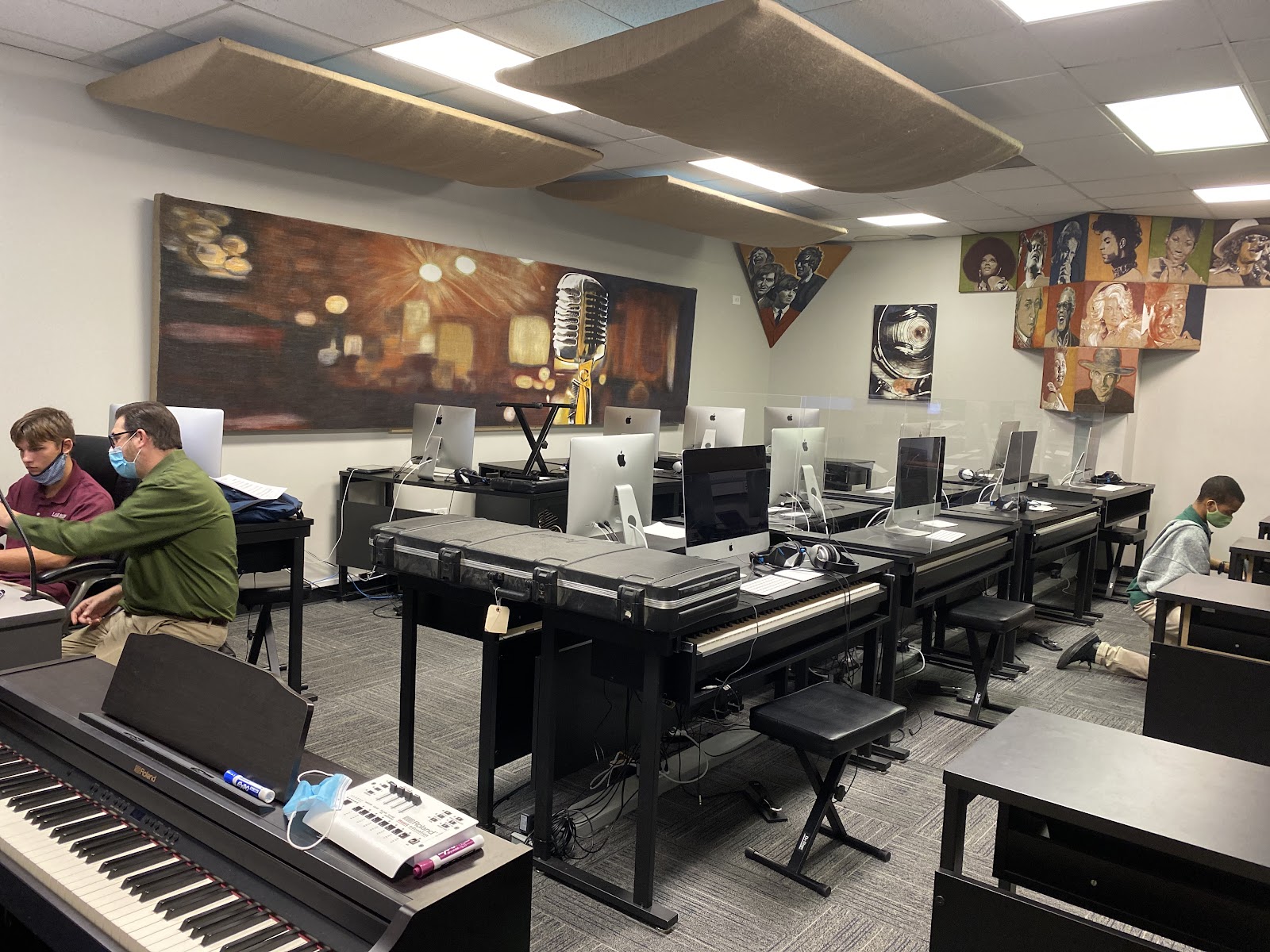 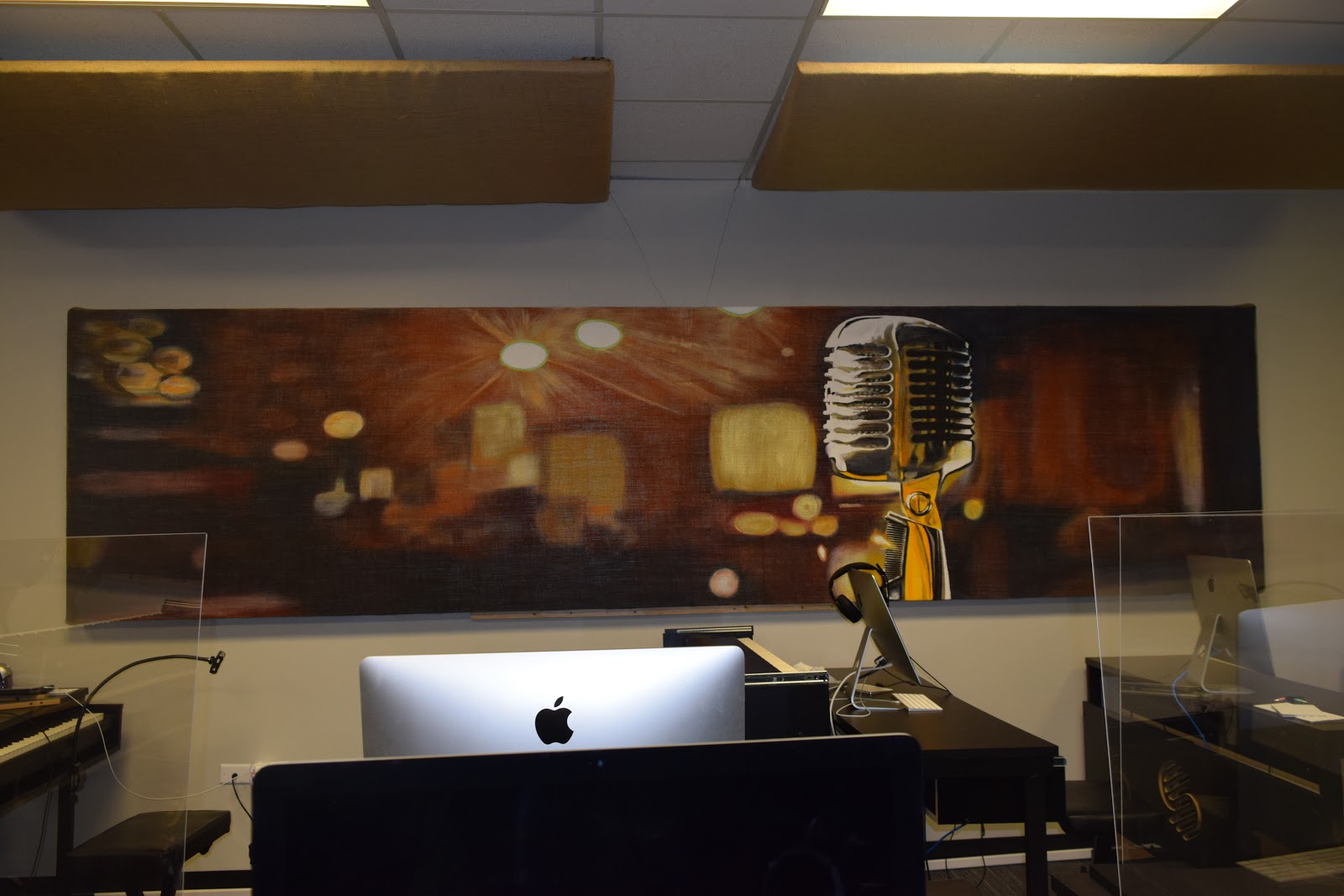 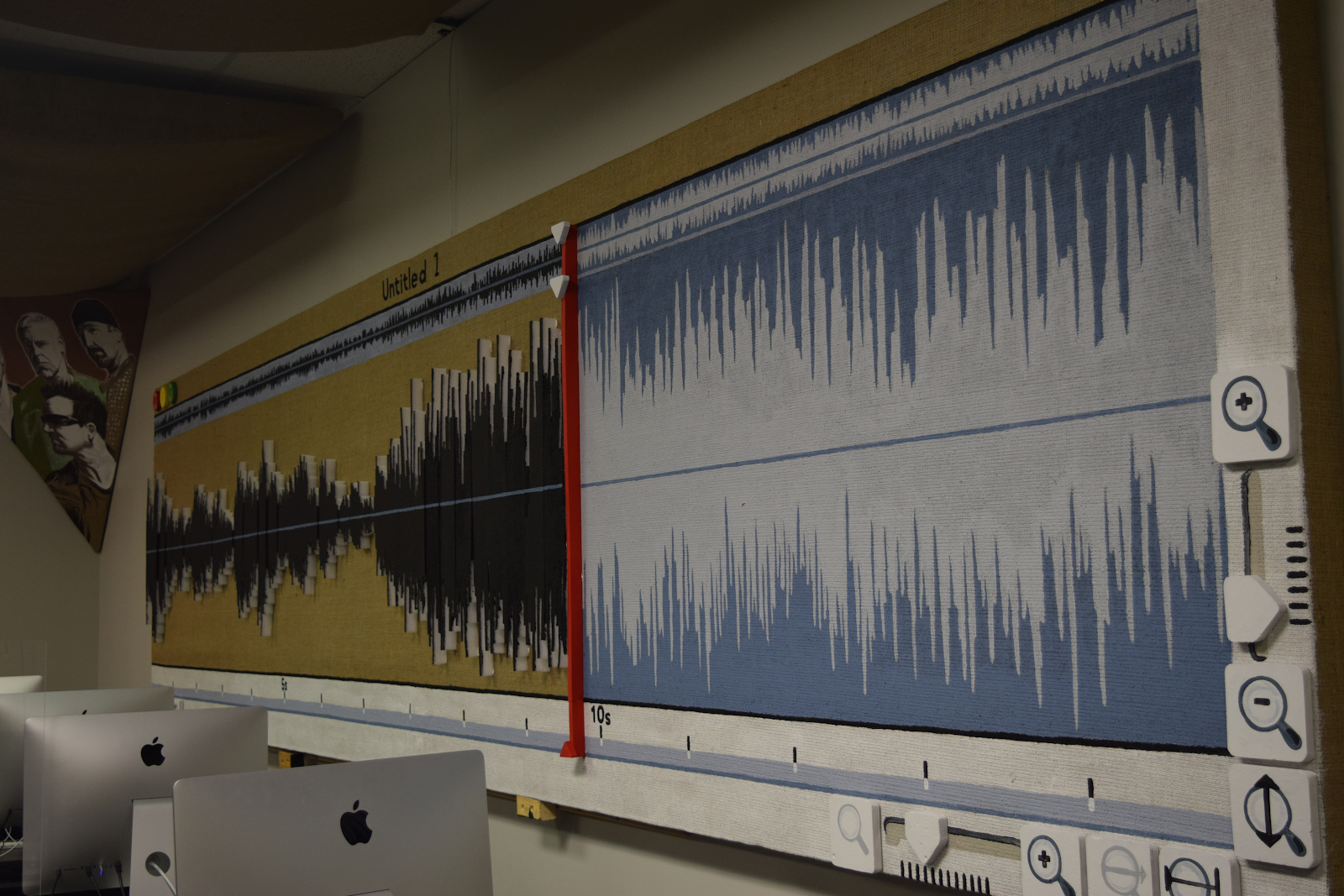 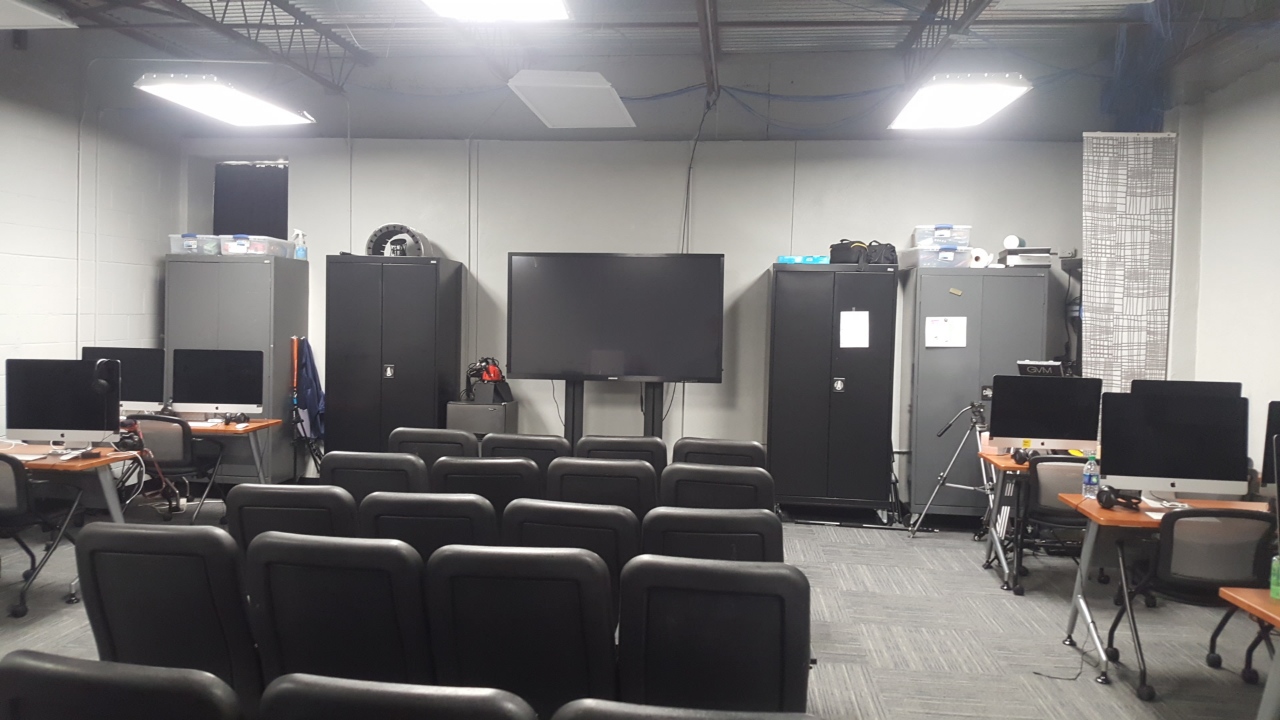 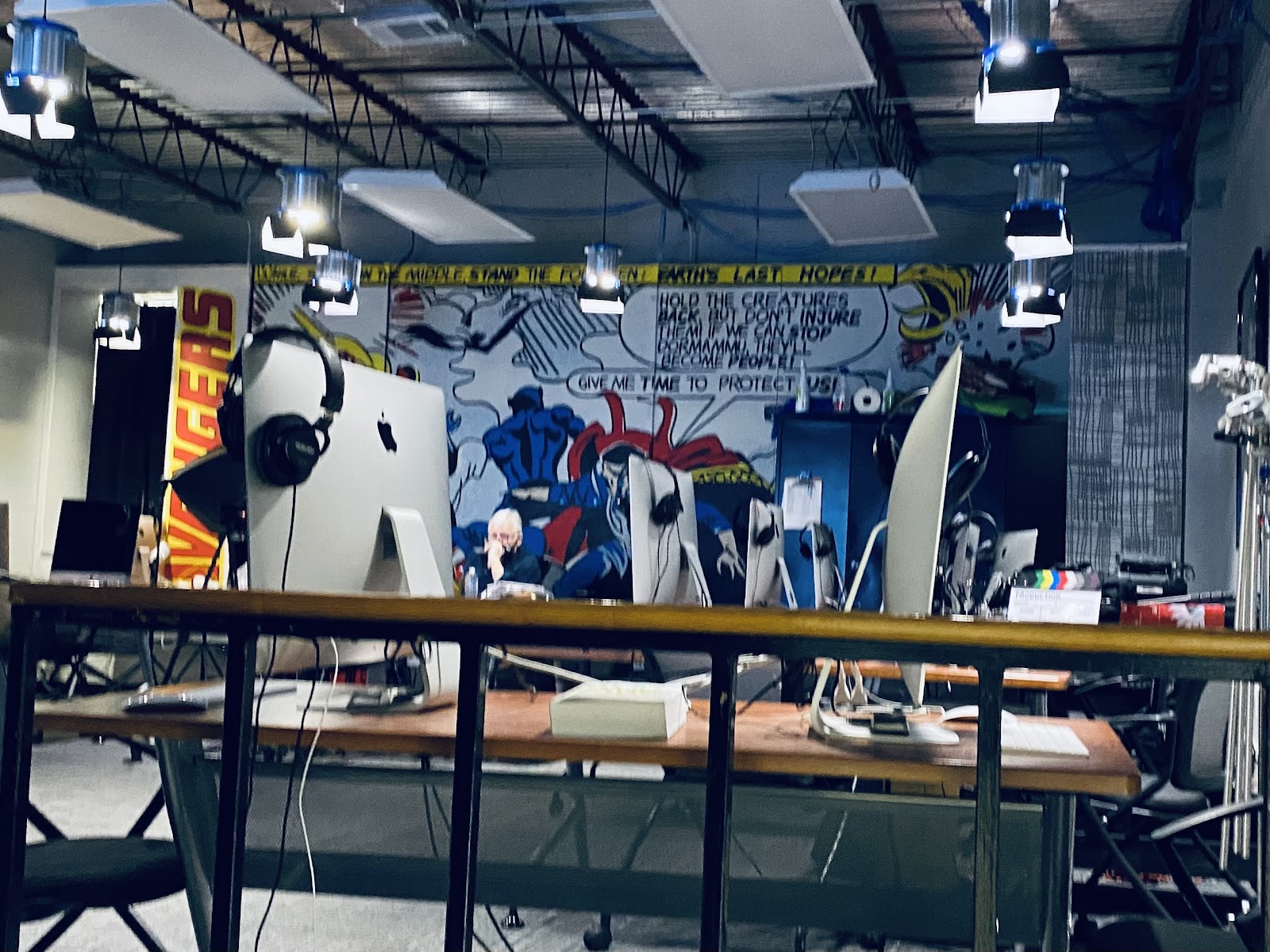 Gym Hallway: Before / After 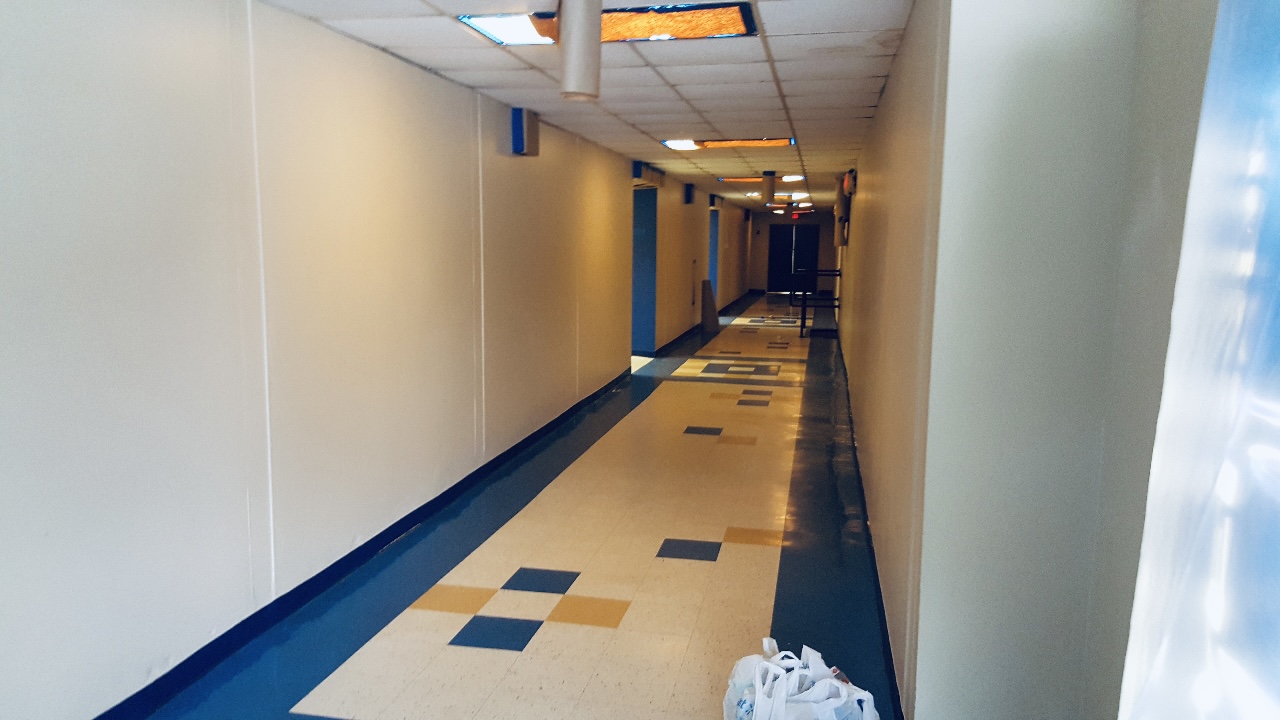 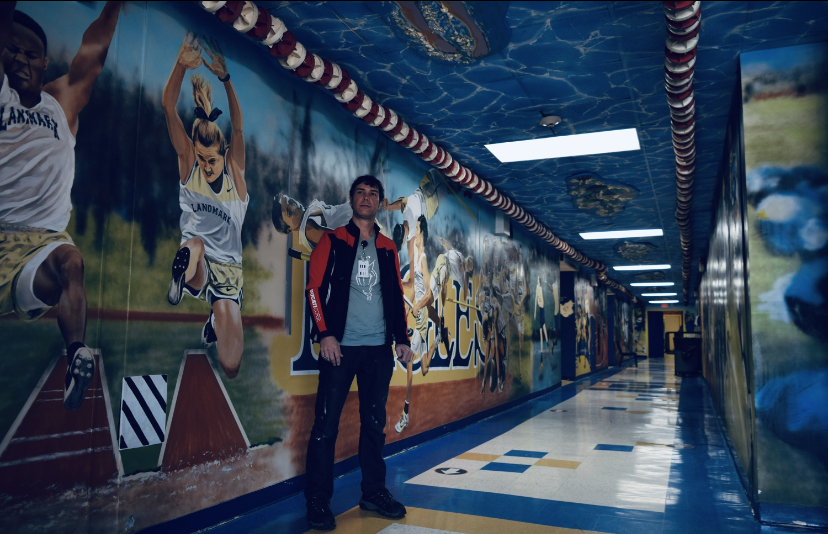 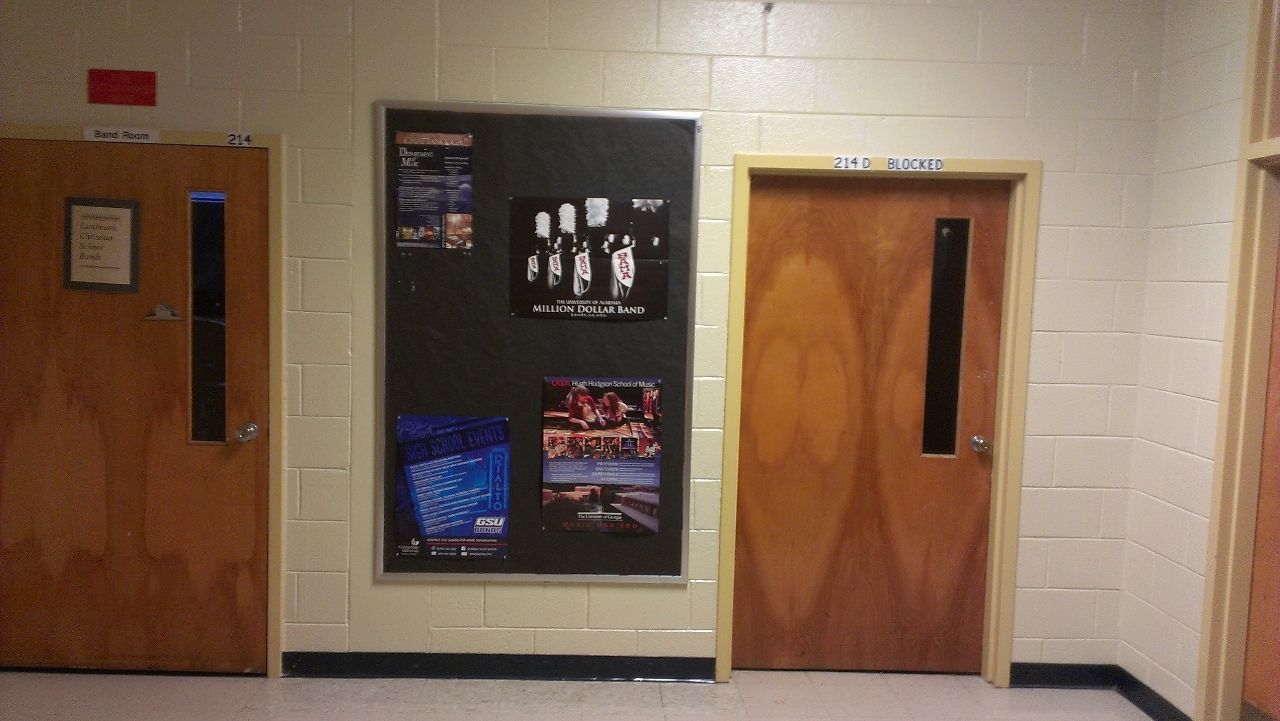 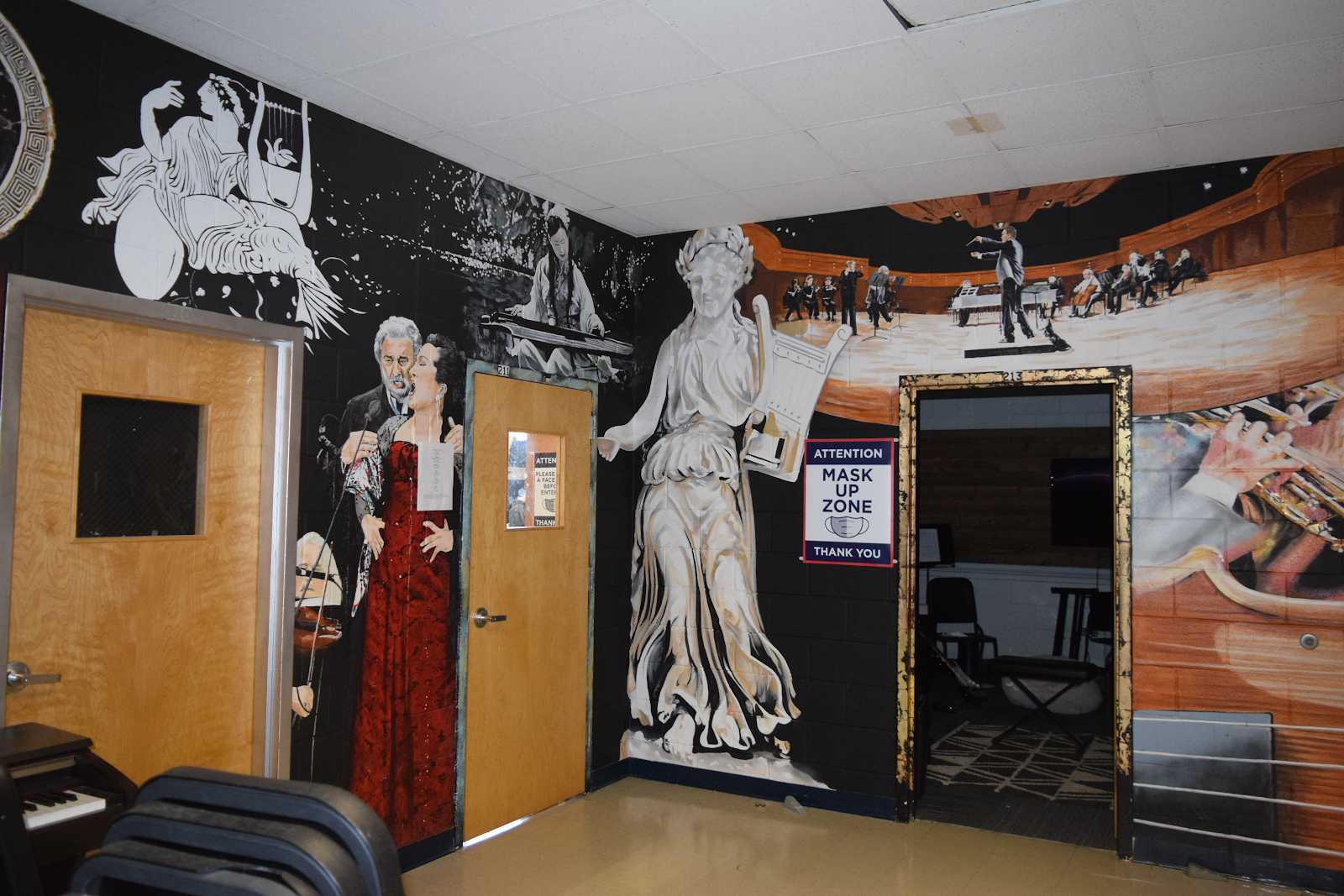 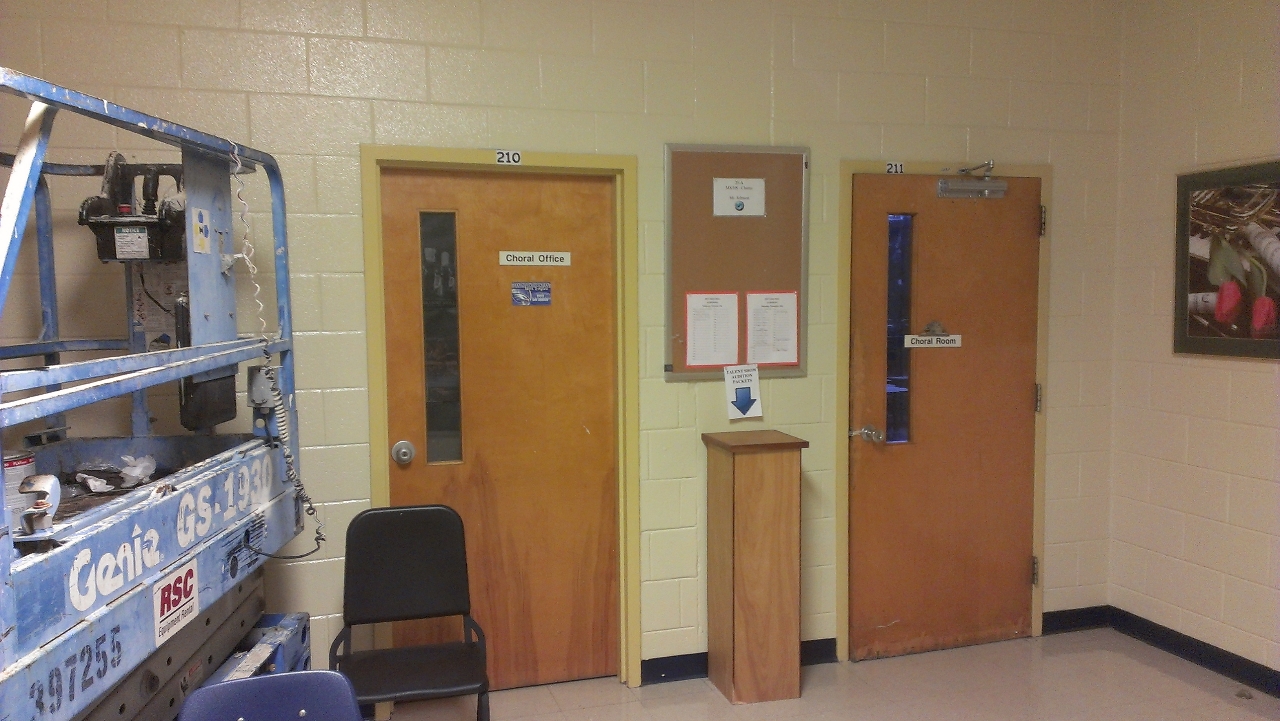 Back
Every student prepared to impact the world for Jesus Christ